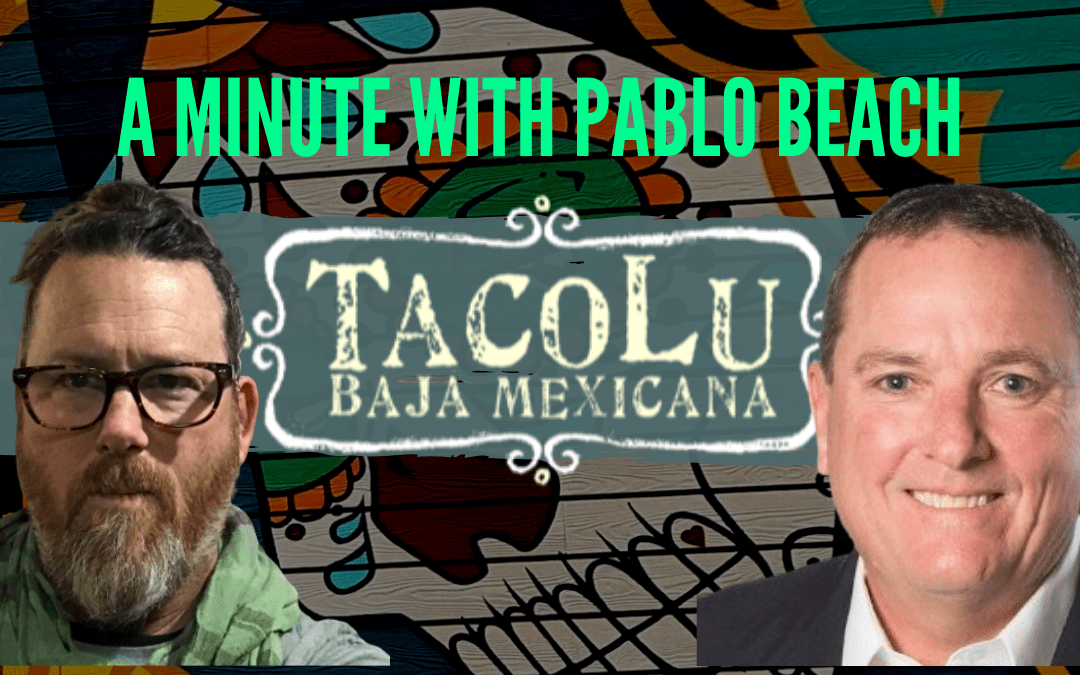 Don Nicol stops by “A Minute with Pablo Beach” to talk about Cinco de Mayo to-go taco options, re-opening plans, and most importantly how to make the perfect TacoLu Margarita.🍹

“The Little Taco Shack That Could

TacoLu opened in 2008 in a little building on Beach Boulevard. From the beginning, many people–including Debbie and me (but mostly Debbie)–were dubious about the timing and future of our little taco stand. Aside from the fact that no one could pronounce the name, the American economy was tanking, and most people thought it was “just plain silly to open a business in these conditions,” we still thought it was a worth a shot. It was either open our own place or go to work for someone else, I thought, and so we were off!

It took a while, but the Lu eventually gained a life of its own (and quite an extensive Tequila list in the process)! After 5 years in the original location, with an unbelievable amount of patronage and support, we grew into our current building, the site of the old Homestead Restaurant, which has SO MUCH history and excitement attached to it!

We take our hats off to those who came before us, as we carry on the tradition of great food and tons of fun at the old Homestead! We hope you’ll stop by and join us soon!”